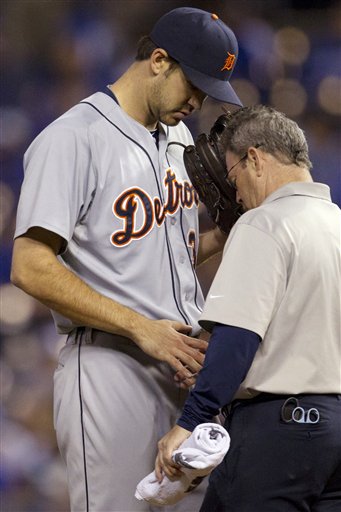 Several MLB teams have had pitchers that underwent Tommy Johns surgery just this year. The Detroit Tigers potentially have another candidate to add to this list with relief pitcher, Luke Putkonen.  Though he merely has just an appointment next week, the fact that he is seeing Dr. James Andrews, the premiere Tommy Johns surgeon is a bit telling.

It is certainly no secret that one of Detroit’s weak areas on the team has been the bullpen during this 2014 season thus far. The Tiger’s young manager, Brad Ausmus, has been well aware of the areas the team needs improvement and has been making decisions to improve the questionable bullpen with Dave Dombrowski, CEO, general manager and president of the Tigers organization. One of the moves they decided upon came when they acquired another players who is yet recovering from Tommy Johns, Joel Hanrahan. The Tigers signed him in very early May for a one-year contract, knowing he would be placed on the DL right away and hopefully be ready to pitch in mid-June 2014.

Putkonen, 28, is only four years younger than the newly acquired Hanrahan. The next couple of months Tiger’s staff and fans will be able to witness Joel’s comeback after his surgery. If and when Luke will need the same surgery remains to be decided but perhaps it will be an encouragement to the younger ball player if Hanrahan bounces back successfully for the Tigers bullpen needs this season.

Alarming? Bud Selig this month has even called Tommy Johns surgery for this list above for young pitchers an ‘epidemic.’

“We have committees with doctors and athletic trainers working on this now,” Selig said. “We’ll have reports out. It’s a problem. There’s no question about it.

“The fact that it’s happening with so much regularity, over and over, is deeply troubling. That’s why I said to all of our guys, ‘Hey, we’ve got to find out.’

“It bothers me a lot. I’m very worried. Let’s see if we can find out some answers.”

And hopefully, the Detroit Tigers will have solid, dependable answers when it comes to the solution for their bullpen trouble. Stay tuned for news on Luke Putkonen as he visits the doc next Wednesday. This next month for the Tiger’s season will be a revealing one I believe in regards to the stability of the bullpen.