I love the game of baseball. I love history. Hence, I love baseball history.

Speaking of baseball in the past, the Detroit Tigers are playing in a 3 game series versus the Baltimore Orioles in Detroit presently with Tiger’s winning the series opener yesterday on a rainy afternoon. Earlier today (a sunny day), the Tiger’s held onto  the victory that nearly slipped through their paws in the ninth inning.  The opposing managers, Baltimore’s, Buck Showalter and Tiger’s, Brad Ausmus, both have baseball history in the MLB and have some major career differences. 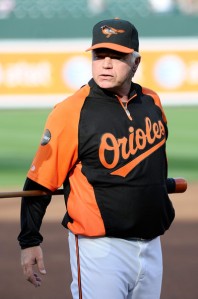 Drafted by the New York Yankees in 1977 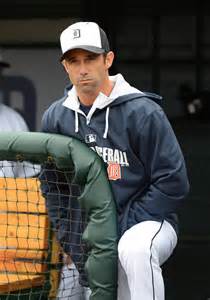 Drafted by the New York Yankees in 1987

You can see some career similarities and differences between these two baseball bosses. I find the history of baseball fascinating and this includes the player’s, staff, manager’s, announcer’s etc paths to being a part of Major League Baseball.

Anyone who knows me, knows of me, likes me, doesn’t like me, follows me on any social media, has worked with me, went to school with me…knows I love the game of baseball, in particular, the Detroit Tigers. I was born into and raised by a passionate group of Tiger fans. Truth be told however, I have a passion for the game of baseball. I’m not even certain how to explain this passion but ya’ll who have the same within, you know exactly what I am referring to. We get a rush when a “6-4-3 double-play” is made, when an outfielder overextends himself and makes a ‘web gem’ worthy diving catch, etc.
As much as I love to watch the boys of Motown make these plays, I get this same rush when any team’s players make great defensive plays or has a great at bat whether he crushes the ball someplace or works the count from 0-2 to a full count and then continues to foul off pitches until he finds his pitch to hit.
The same goes for the coaches and managers of baseball. It’s pretty easy to sit back and watch or listen (I do love to listen to a game on the radio), criticizing the manager’s decisions or blaming them for a player’s poor performance. There is no doubt about Showalter’s resume when it comes to turning a team about to a solid championship team. Impressive indeed.  We have yet to see how young Ausmus will fair this season, but I’d say an undefeated record thus far 4-0 is a great start.

So the surprising similarity between these guys? Well, if you Google “Brad Ausmus” (typed Google here ladies, not oogle), you will notice the Google’s suggestions are (in this order): “Brad Ausmus stats”, “Brad Ausmus married”, “Brad Ausmus shirtless”. I find it funny that Google likes to remind you first that he’s married but then says, “go ahead, here is him shirtless”. Haha.

How does this relate to Buck Showalter? When I Google him these are the searches that come up: “Buck Showalter gif”, “Buck Showalter salary”, “Buck Showalter family”. Yeah, nothing about him being shirtless.  However, I did come across a nickname. In fact, his given name is actually William Nathaniel Showalter III. Ever ponder where he got the name Buck? Yep, you guessed it…he was allegedly given the nickname “Buck” due to his tendency to hang around the clubhouse “buck” naked during his days as a minor league ballplayer in the New York Yankees organization. When he played baseball in college he went by the name “Nat”. No one truly knows for certain about the origin of the nickname, except for Buck. I found it interesting that these men were both drafted by the Yankees organization 10 years apart and found it amusing  that both of these managers were at times without a shirt…or more though.

Good luck to both managers this year. Detroit and Baltimore have excellent teams this season.