Brad Ausmus, Quite A Catch As Detroit Tiger’s New Manager In 2014 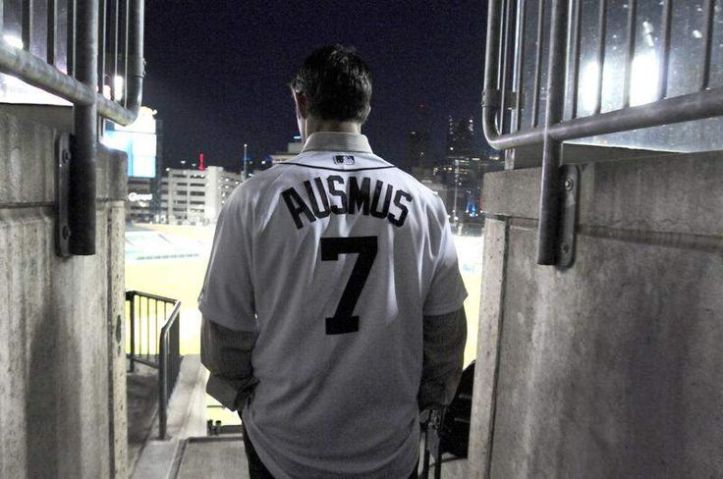 As the lights of the stadium begin to dim, the ball park staff and boys in uniform wrap up their last-minute Opening Day preparations. Most likely the Motown Boy’s pitching ace, Justin Verlander, has ‘ran for the border’ to order his traditional Taco Bell meal the day prior to taking the mound. Somewhere, two-time MVP and 2012 Triple Crown Winner, Miguel Cabrera, is joking around with a teammate.

One by one they retire for the evening, leaving with high hopes for a game one victory in the series opener the following afternoon. Lighting from the concourse surrounding the ball field and the soft glow of stadium lights greet the reflective thoughts of Detroit Tiger’s new manager, Brad Ausmus, as he steps just inside where thousands of fans will be seated tomorrow. He slips his hands under his untucked, recent wardrobe addition, an official MLB #7 jersey, sighs and puts both hands in his pants pockets. Looking across the field into the fan’s seating behind the bullpen, he sees one of his boys, Torii Hunter, veteran outfielder, a family man and a man of faith, taking the time to send up prayers for his ball club as they begin their 2014 season.

This is how I imagine the photo above, as I sit here awake about 10 hours before game time.  Admittedly, this past season of life has been a tough one. Furthermore, today has been a trying day for this gal who has a passion and love for America’s favorite past time that we call baseball. I let out a few sighs myself as I similarly look out onto my own field of life and wonder what this next season will bring. I am blessed with a support system which is made up of encouraging and supportive family and friends who play different roles in my life.  Putting myself into Ausmus’ shoes (or cleats if you are Tiger’s former manager, Jim Leyland, who always chose to wear them), I can only imagine what this former MLB catcher’s thoughts might be the evening before Opening Day.  By this point with spring training finished, the team should have mostly adapted to how their new skipper plans to guide them to success.

Ausmus, 44, is not much older than some of his veteran players he is managing for Detroit. He brings a fresh perspective on how to play the game and in particular, aggressive base running. Tiger’s have not been known for much speed in years past but smart base running does not have a need for speed. One of the sharpest baseball minds actively playing, undoubtedly belongs to the aforementioned joker of the team, Miguel Cabrera. Yes, Miggy. This Venezuelan-born phenomenon (yeah I said it), has incredible base running instincts. If you get to actually watch him play at the ball park, keep your eye on him (he’s also comical on and off the field, kid at heart) I don’t think I can fully appreciate his wisdom and natural instincts for baseball without actually being out on the field playing along side of him. His teammates, Torii Hunter, specifically speaks about this in an article about a year ago. I will repost it soon for all of your benefit. Hunter is amazed at how Cabrera adjusts when hitting off a pitcher, each pitch, he calculates and adjust his own arms, legs, stance…he is in awe. And remember, Torii, has played with some of MLB’s greatest. He has never witnessed anything like Miguel. And I am betting that neither has Brad Ausmus.

Brad was drafted by the New York Yankees in 1987 and his major league debut came in 1993 with the San Diego Padres. Detroit not only welcomes him presently as manager but he also played for the Tiger’s in 1996 and from 1999-2000. A significant part of his MLB career he played for the Houston Astros in 1997-1998 and then once again for his longest duration for the same team from 2001-2008. He finished up his playing days in 2009-2010 with the Los Angeles Dodgers.

The long-standing assumption is that catchers make good managers because they are involved in both the offensive and pitching facets of the game. Whether for their handling of a pitching staff, or their captain-on-the-field duties, or their ability to see the entire baseball diamond from their position, or their knowing the intricacies and strategies of the game.

A canvas of 30 big league dugouts found 32 men who managed in 2012. A dozen were catchers at some points in their careers: Sandy Alomar Jr., Bruce Bochy, Tony DeFrancesco, Joe Girardi, Clint Hurdle, Jim Leyland, Joe Maddon, Mike Matheny, Bob Melvin, Mike Scioscia, Eric Wedge and Ned Yost. The Marlins appointed Mike Redmond as manager in early November 2012 and he was given a 3-year deal. I researched and researched until I believe I got these facts correct for you folks regarding former catchers that are now managers. Since 2012 season to present, three more can be added to this list: John Gibbons, Fredi Gonzalez and of course, Brad Ausmus. 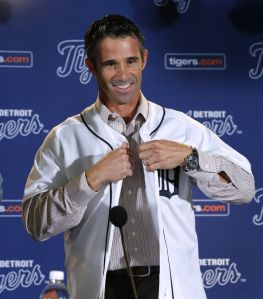 The ladies who follow baseball (for whatever reason), will definitely be keeping their eyes on Detroit’s handsome manager. It is my humble prediction to you fellow baseball fans, that we will see many females wearing AUSMUS jerseys. Just FYI ladies: Brad is a (seemingly happy) married man with two adorable little girls-look but do not touch 🙂

Whether you’re watching Detroit Tiger’s baseball to see what the young manager can do this season for the team or to check out the men in uniforms, I think we can all agree that Brad Ausmus is quite a catch.